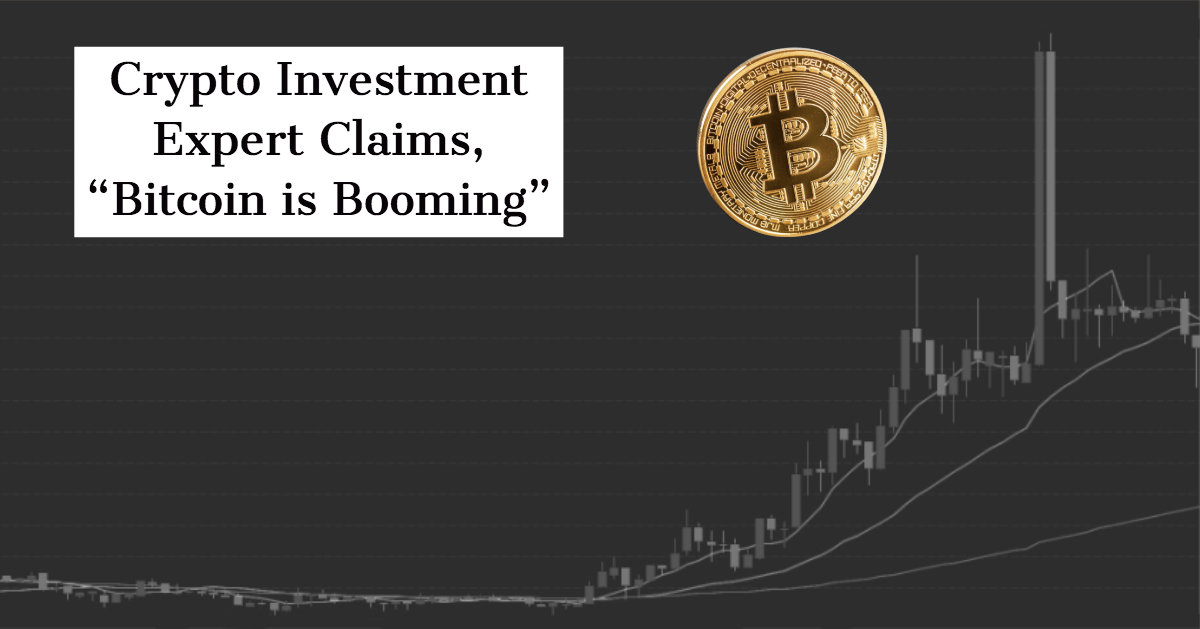 Despite last month’s record price plunges experienced by not only Bitcoin, but also other major cryptocurrencies including Ripple, Ethereum, and Litecoin, one crypto investment expert believes that “Bitcoin is booming”. Anthony Pompliano is the founder and a partner at Morgan Creek Digital Assets, a multi-strategy investment company that focuses on providing digital assets and blockchain technology to institutional clients.

Mr Pompliano, who is referred to by many of his clients, friends, and colleagues as “Pomp”, has dismissed the many news stories that have appeared in recent weeks saying that Bitcoin and cryptocurrencies are dying a death, and instead, given many investors hope by saying that, “The fundamental drives of the decentralised technology network are actually growing”.

“Pomp” bases his prediction on a number of indicators which he believes reflect that Bitcoin’s underlying fabric is growing and not shrinking, in correlation with prices.

For example, the number of Blockchain.com users has more than tripled in the past two years (N.B., the current figure is reported to be thirty-two million whereas the platform had just ten million users in late 2016. In addition, the total Bitcoin transaction count and the number of wallets have also shot up by 33% in the last twelve months, which experts believe is due to Bitcoin becoming more commonly adopted for speculative and payment purposes. Plus, Mr Pompliano points out that Bitcoin is being used more actively in payment networks and innovative systems as proven by the fast-growing “number of transactions excluding popular addresses.”

There’s also the fact that this time last year, the average Bitcoin transaction fee as $52 (£40) whereas at December 2018, it’s just 60₡ (47p). While many BTC miners have shut down their operations, causing the Bitcoin hash rate to fall significantly over the past few weeks, when you look back over a longer period of time, you find that the overall hash rate (N.B., the speed at which computers complete an operation in the Bitcoin code) has actually swelled by four times its original value in the last twelve months.

Finally, according to Mr Pompliano’s findings, the number of active Bitcoin nodes has shot up 98% since the end of 2016, which leads him to believe that traders should not be too concerned about the current market values (as it “is not an important measure of future value”), but instead, look at the fundamentals of the networking backing Bitcoin.

Anthony Pompliano was previously managing partner at Full Tilt Capital, prior to which, he worked as a product manager at Facebook. Mr Pompliano’s company, Morgan Creek Digital Assets is part of Morgan Creek Capital Management, the latter of which was founded in 2004 in Chapel Hill, North Carolina, although it also has offices across Europe, North America, and Asia.

In August 2018, MCDA (which was established by Jason Williams, Mark Yusko, and Anthony Pompliano) joined forces with Bitwise Asset Management to roll out the Digital Asset Index Fund, which targets institutional investors who are hoping to gain exposure to a broad range of cryptocurrencies.